It’s been a while since we shared an update on our ongoing engagement with ourABC on behalf of the MS device community Down Under. Whilst the blog updates may be few and far between, we continue to keep an open dialogue with the innovation and iView teams at the ABC. As we approach Xmas, it’s probably an appropriate time to face the forthcoming new year with a renewed sense of optimism and hope. There might even (finally) be something wrapped up under the tree for us this year.

END_OF_DOCUMENT_TOKEN_TO_BE_REPLACED

Looking for a great deal at the Aussie MSAU store? Well get the full list of all your local Black Friday sale deals from Microsoft right here. But be quick – this is strictly a 24hr sale only!

END_OF_DOCUMENT_TOKEN_TO_BE_REPLACED

In 2015, our beloved ABC has been battered from pillar to post. At the hands of the conservative right, under Abbott, and their long-held desire to clear the decks of the hotbed of leftist bias they believe the ABC harbours, the ABC has had it’s budgets cut, consequently seen staff made redundant, it’s editorial objectivity challenged and it’s MD in front of senate estimates committees to defend his management and organisation’s objectivity. Any way you look at it, it’s been a pretty tough year. Before we get all soft and teary eyed in their support however, we must also note that it is #OurABC which has failed to deliver a single Windows Phone App – and not officially brought it’s market-leading iView service to any app platform in the Microsoft ecosystem. Well now it’s time for change at the ABC – and that change may even bring us closer, finally, to a fair an un-blinkered approach to app development for non ios/android devices.

END_OF_DOCUMENT_TOKEN_TO_BE_REPLACED

Pre-Order your SP4 from the AU MS Store now!

Pre-Order your SurfaceBook from the AU MS Store now! 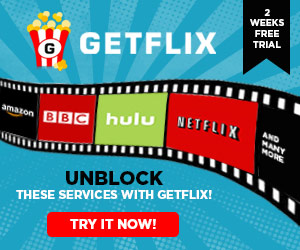